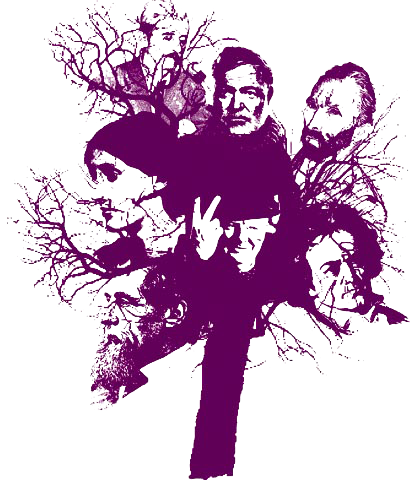 For centuries, suicide was not considered a psychopathological act, but typically was condemned by religions and states as a sin or a crime until very recent times. Nevertheless, an association of suicide with mental illness has been recognized for many centuries, or suicide itself taken as evidence of mental disturbance. Research shows that perhaps 90% of suicides arise in relation to a psychiatric or substance abuse diagnosis, or both, and about 60% are associated with a mood disorder. Suicide risk is greater in men, with older age, previous attempts, current depressive or dysphoric-agitated state, onset of psychiatric illness in youth, and poor treatment-response. Only about 10% of suicides lack evidence of psychiatric illness, and suicide may be considered “rational” in some cases, such as in seeking relief for incurable painful terminal illness. Physician-assisted suicide remains uncommon and controversial, although easing of the end of life with liberal use of analgesics is evidently common. The strong association of suicide with psychiatric illness is not only quantitatively very important, but may also encourage potentially life-saving help-seeking, and relieve potential victims and their families of guilt. Nevertheless, even now, a medical view of suicide remains far from universally accepted in our culture.

About 6% to 15% of people suffering from mood disorders eventually commit suicide and several times more attempt suicide at a range of levels of lethality of intent and method. Psychiatric illness is most often an ongoing risk factor, but the timing of suicidal acts tends to be associated with stressful life events, particularly those involving losses, separations, and other changes or threats to self-esteem and confidence. Other risk factors include male sex (women have higher rates of attempts, and these tend to be less violent than in men), age over 65 or ages 15-24, access to a firearm, springtime, and threats to financial security or loss of reputation.
Suicide is a leading psychiatric and medical challenge that can be fairly characterized as epidemic and an international public health emergency. It ranks eighth among causes of death in the United States, and is the third leading cause for those aged 15-24. Deaths due to suicide exceed 1 million/year worldwide, and would be much more numerous if corrected for under-reporting, and far exceed the number of homicides. The annual international suicide rate averages 10 out of 100,000 and attempts are 20-30 times more likely to happen.
Social factors contributing to suicide usually are found in family and other intimate relations and friendships, work, social class, ethnic groups, religion, and living environments. Psychological factors include unresolved conflicts and emotional losses leading to a troubled and unstable existence and to a perceived loss of security or even of identity that pushes the individual toward self-annihilation. Biological factors are implied by evidence of genetic predisposition to suicide, possibly independent of specific psychopathology. However, relevant, specific molecular or pathophysiological phenotypes remain elusive. A tentative working conclusion is that the standard tripartite biopsychosocial risk-factor model is well suited to understanding and directing the care and safe management patients who are potentially or actively suicidal.
Assessment of suicide risk is an essential component to recognizing the problem and formulating appropriate interventions. Basic knowledge of the facts and risk factors is increasingly widely available to professionals and the general public. With acute suicidality of high estimated lethal potential, emergency psychiatric intervention, including by civil commitment if necessary, may be life saving. Since depressive or dysphoric-agitated affective moods are by far the most likely conditions associated with suicide, urgent and aggressive treatment by appropriate medical (psychopharmacological or ECT) methods, close clinical supervision, and psychosocial interventions is essential. Despite the self-evident need to treat affective and anxiety disorders, personality dysfunctions, and independent or comorbid substance use disorders in a effort to reduce suicidal risk in individual patients in acute states of crisis, remarkably few psychopharmacological or psychosocial treatments have been evaluated or proved to have substantial long-term impact on suicide rates. Moreover, international rates have changed little since the advent of effective antidepressant, mood-stabilizing, anxiolytic, and antipsychotic medicines in the 1950s.
An exception is the long-term use of lithium salts in bipolar and unipolar forms of manic-depressive illness and possibly use of clozapine in chronic psychotic disorders. Their proven effectiveness in preventing recurrences of mania and depression, or of psychosis, and perhaps also the close clinical supervision required for the safe use of both treatments, is paralleled by a reduction in risks of suicidal behavior during treatment.